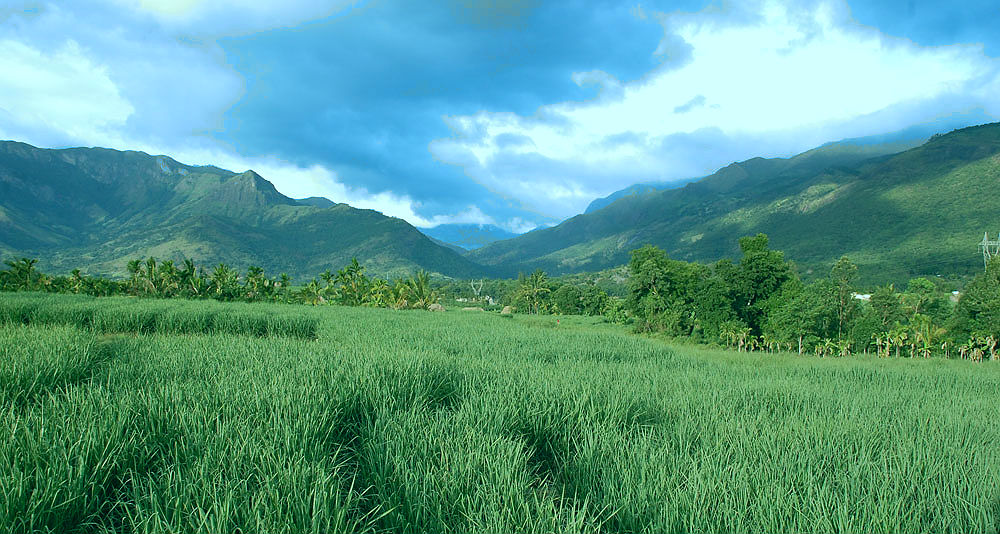 Marayoor is a town in Idukki district of Kerala, which is located 42 kilometers north of Munnar. We can reach Marayur after travelling 43 km along Munnar Udmalpetta road. Marayur is the only place in Kerala that has natural sandalwood forests. Sugarcane farms in Marayoor known for a tasty variety of solid molasses. Marayoor falls in the rain shadow region and the quality of the molasses is attributed to the specialty in temperature and the ph value of the earth.

Meaning of the place name Marayoor

There are different notions about the meaning of the name Marayoor. First among them is that the “Village(Uru) of Maravars(a tribal group who lived in this area long back)”. It is said that, the tribels used to attack the travellors, hiding in the forest.

Second notion is that the meaning of Marayoor is ‘people who hide’. The people of these area were traditinally members of the army of Maharajas.

Third is: the place name Marayoor derived from the combination of two words. “Mara” which means hidden in Tamil and “uru” means land.

Marayur is the only place in Kerala that has natural sandalwood forests. In Marayoor, we can see ancient dolmens(Muniyara) and rock paintings which date back to the Stone Age. These Muniyaras are made with four stones to make a box shape and with one stone to cover it. These Muniyaras were burial chambers. Ezhuthu Guha (Cave of writings) rock paintings attracts a large number of tourist to this place.

Marayur has more than 1000 species of flowering plants and is a well known repository of medicinal plants. Chinnar – the wildlife sanctuary in Marayur – has recorded the largest number of reptilian species, including the mugger crocodile, in Kerala. In this wild life santuary, a large number of species of birds are available. The forests in Marayur preserve a population of the endangered animals and plants.

Another speciality of Marayoor is the phenomenon of butterfly migration which occurs in between the monsoons. This seen makes the mind of the people pleasant.

Marayoor is famous for jaggery produced here. Marayoor Sarkkara (Marayoor Jaggery) is one of the sweetest jaggereis in the world, Marayoor and the nearby Kanthalloor are famous for the special variety of solid molasses. When this jaggery undergoes a laboratory analysis it was found that the jaggery is one of the best having 97 % sugar in it. Marayoor falls in the rain shadow region and the quality of the molasses is attributed to the specialty in temperature and the ph value of the earth. In Marayoour and Kanthalloor you can see the beautiful sugar cane farms. And the production of jaggery is a cottage industry.

It on SH 17 connecting Munnar with Udumalpet, Tamil Nadu. 43 Kms from Munnar.