Ramakkalmedu is a hill station and a hamlet in Idukki district in Kerala. It provides a panoramic view of Tamil Nadu villages and towns. Rolling green hills and the fresh mountain air make Ramakalmedu and enchanting retreat. The hilltop offers a panoramic view of Tamil Nadu towns of Cumbum, Theni, Kombe, Thevaram, Uthamapalayam, Bodinaykannor and Vaiga. The sight is even wonderful at dusk when all these towns lighted. 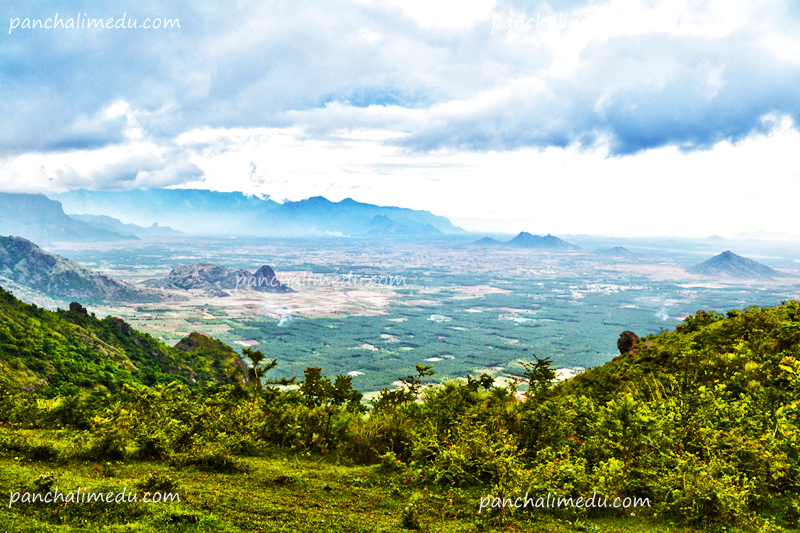 Ramakkalmedu – Myths behind the name

It is a Special Historic place with a Monument of Kuravar and Kurathi Statue. It depicts the Sangam Period and Sangam landscape of Kerala and Tamil Nadu . The myth behind the place name is related to the Lord Rama, the Hindu god.
Rama – kal – medu literally means “Land of Rama’s Stone” or “Land where rama kept his leg” (Rama the Hindu God and the epic Ramayana), as per many interpretations available. It is believed that that lord ‘Sree Rama’ had set his foot on this rock and hence the name Rama-Kal-Medu. (Meaning: Rama’s foot imprints). One story says that Lord Rama kept his feet at the tip of Ramakkalmedu to search Ravana the King of Lanka who abducted his wife Sita. 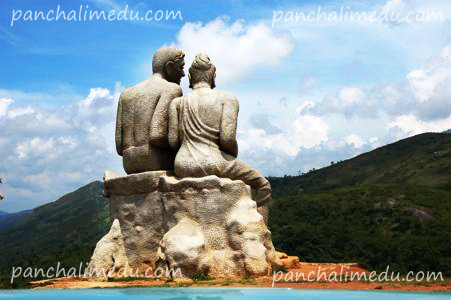 Ramakkalmedu is the cradle of the wind, the winds, which turns everything upside down. The wind gusts into the hills and recorded as maximum in Asia. Wind blows at a hight speed in Ramakkalmedu throughout the year irrespective of the season and time. we can see windmill farm in this area which is a Kerala government undertaking.

Ramakkalmedu is a border tourism spot and hill station in Karunapuram panchayath, 15 km east to Nedumkandam, in Thekkady Munnar road.

Following are some of the tourism spots near to Ramakkalmedu.